Custom roms such as the popular LineageOS (community fork of CyanogenMod) propose, by default, a Google-Play-Services-free version, with optional installation of Google Play Services. My current phone is a Fairphone 2, produced by the Fairphone company which sells smartphones with a hardware as fair as possible. In 2016, Fairphone has decided to release a fully open source version of the Android OS: Fairphone Open OS. It is proposed as an alternative to the preinstalled OS that can be easily installed by people concerned about their privacy. As all open-source Android-based operating systems, the Fairphone Open OS does not contain Google Play Services.

I will not list here all applications from the F-Droid repository I use every day, but you can find there, for example:

During months, I used both these techniques to effectively use my Android phone, without Google Play services. Then, I discovered a great open-source project: Gplayweb. Gplayweb allows to easily download applications from Google Play, within a simple responsive web UI. It leverages gplaycli, an unofficial library to download applications from Google Play. Unfortunately, this project has not been updated for a while and I could not use it easily, especially for the F-Droid integration I will present below. So I forked this project on Github in order to use the latest version of both gplaycli and fdroidserver. In order to install it easily, I also wrote a Dockerfile and publish the container on Dockerhub. 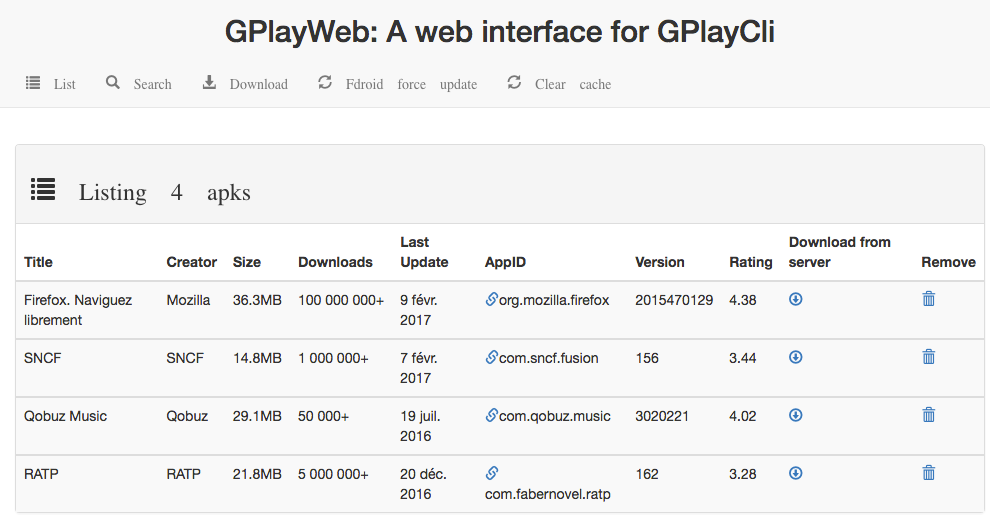 With such tool, you have a web interface to easily download applications from Google Play. An optional integration with F-Droid creates a custom F-Droid repository to install/update even more easily the applications you have downloaded through Gplayweb interface, within the F-Droid application.

In order to install it (using Docker), run:

Then, if you want to access remotely to the created F-Droid repository, using the F-Droid application on your Android phone, run:

As a result, you can access gplayweb on http://localhost:8888 on your computer and the F-Droid repository on http://your.computer.ip.address:8080. Then, on your Android phone, launch the F-Droid application, go on the menu on the right top, "Repositories", and add new with the nginx-fdroid container ip address. 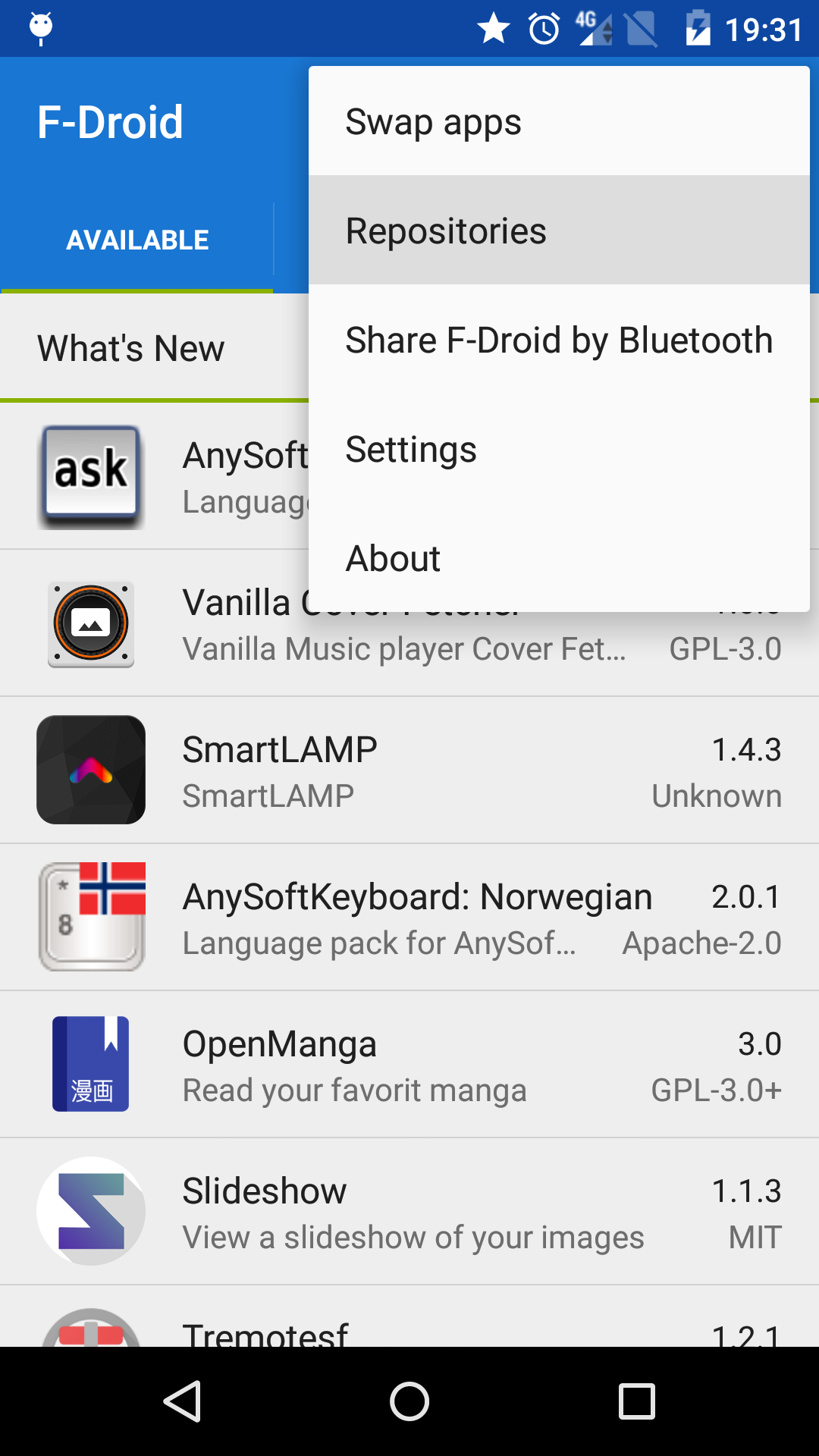 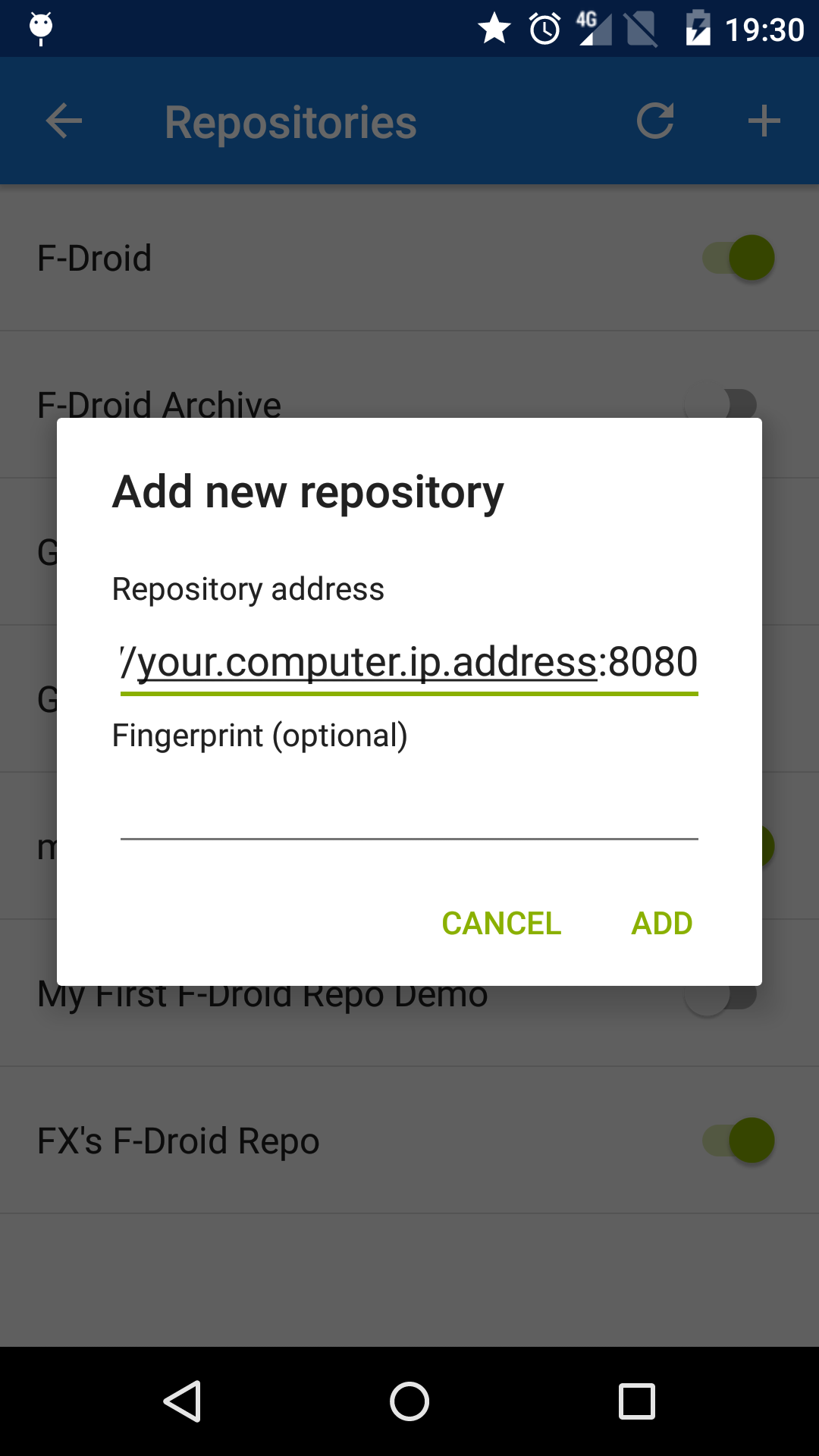 And... that's it ! You now have a very simple tool to download applications from Google Play, without requiring the privacy-questioning Google Play Services. I use this container on my own server, with docker nginx proxy with the let's encrypt integration, which allows me to have access to this F-Droid repository in HTTPS, from anywhere. If you need more details about this configuration, just let me know in a comment.

About François-Xavier Aguessy
Francois-Xavier Aguessy is graduated from the engineering school Télécom SudParis since 2013 and has a PhD in cybersecurity since 2016. He is currently innovation engineer at Wallix and core developer of awless, an alternative command-line interface for AWS. Cellist and pianist since his early childhood, he is also passionated about classical music.
Research domains: cloud computing, complex attack modelling, attack graphs, Bayesian networks...